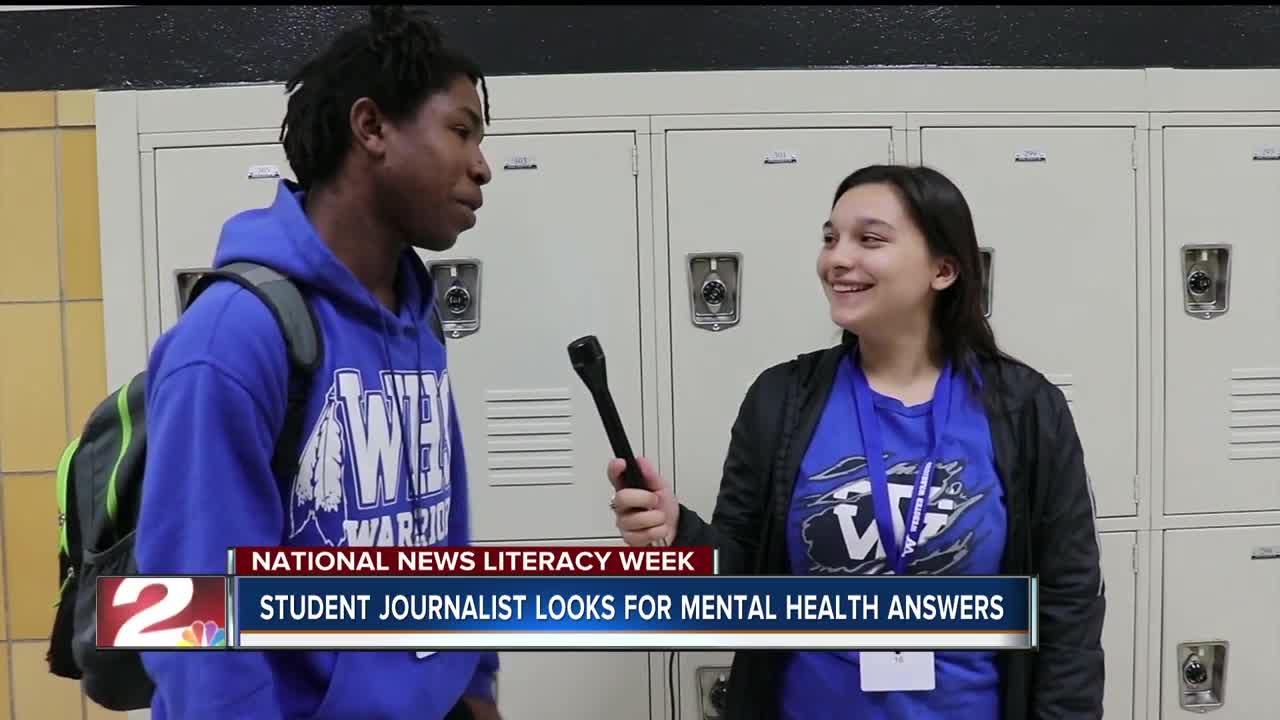 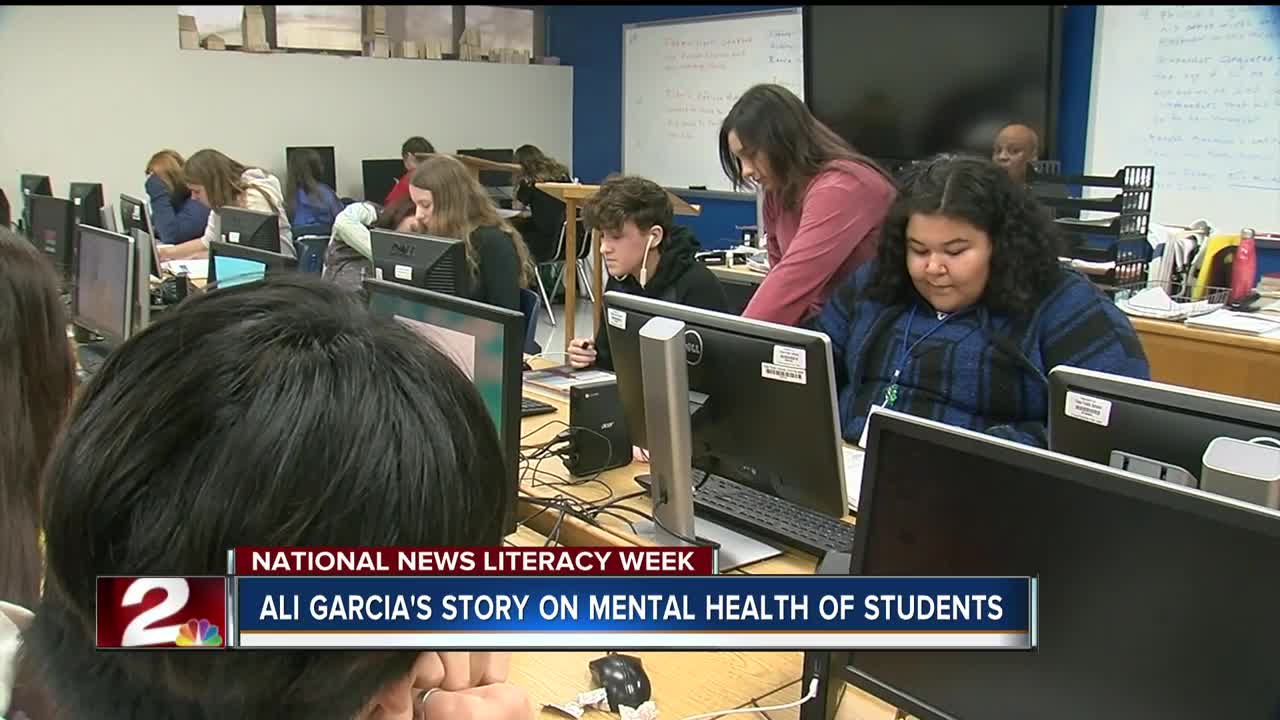 TULSA, Okla. — A Webster High School rising journalist worked to track down a story that affects both herself and her fellow students. She chose mental health, because of how she sees issues affect high schoolers every day.

Alesandra Garcia, or Ali as her friends call her, is a senior at Webster. She is also an aspiring journalist, working with the broadcast news program at the school.

“Other stuff I’ve done before is mostly for school projects to make people laugh, have fun,” Ali said.

But we came to her with a challenge, asking what an issue is in school that matters to her, and her fellow students. That’s how she began her journey to tracking down how high schoolers dealing with stress and mental health issues can find help.

“Sometimes people get so overwhelmed they just want to give up,” Ali said. “If they have a job they have to keep and support their family, to help support themselves, that takes a toll on them. Their families aren’t always there for them, so sometimes they have to be on their own, and then school puts on more stress because they have all this work to get done by the end of the week or the next day.”

Ali says that stress builds up, and for students who don’t have a release, she sees it boil over in one of many ways.

To tell her story, Ali decided to find someone who has been affected by stress and mental health issues, and then talk to people who they can turn to. She started with her friend Kelsey, who has battled anxiety by finding her own way to cope.

Kelsey talked about meditating, and finding someone in her life who has been through similar challenges. She said finding that person who you can relate to can be a major help in figuring out how to deal with the problem you’re facing.

In her interview, Kelsey talked about seeing and living with the same issues Ali wanted to address, and added why students don’t go to get the help they need. She agreed with Ali in saying kids might think they’re weak or that no one can understand them, which can be a dangerous mindset.

To show her fellow students there is always someone who understands, Ali went to someone who may not always be seen as a counselor – her teacher, Ms. Lancaster.

Ms. Lancaster talked about how the help her Ali’s fellow students need can come from anywhere, even the places they might not expect.

So lastly, Ali went outside of school to The Parent Child Center of Tulsa and Steve Hahn to discuss why it’s okay for students to get help, and that it truly is all around them.

Hahn, the Vice President of Youth Programs, talked about the abundance of programs within Tulsa that students can reach out to if they feel they can’t relate to the people around them, and mentioned the people who will guide them to the help they need.

“Those perspectives are different because from a student’s view, we haven’t gone through what an adult has been through,” Ali said about gathering multiple perspectives for her story.

Ali’s biggest takeaway from gathering the information for her story was the responsibility of balancing each perspective, and representing them fairly in a way that viewers will understand.

“Making things entertaining, persuasive, and informative for the audience – that’s a big step for a journalist,” Ali said. “It’s because you have to provide all that to an audience, even if it’s just in two minutes.”

The most important aspect for Ali, though, was how research, checking with different people, and digging for answers finds credible information and fights misinformation in stories.
Full article: https://www.kjrh.com/news/local-news/tulsa-high-school-student-seeks-help-for-peers-dealing-with-mental-health-issues
Share
Tweet
Share